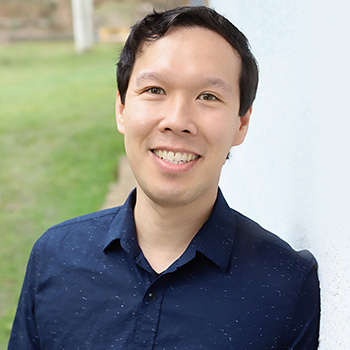 William has worked in the non-profit sector since graduating from Simon Fraser University with a Bachelor of Communications, minoring in Geography. Starting as the summer student for SOS BC in 2007, William has remained a part of the organization ever since, transitioning into a volunteer after that position ended. He managed all website updates and the launch of SOS BC’s first e-newsletter, even while living in London, England! From 2008 to 2012, William was Development Coordinator at the Vancouver Symphony. In 2013, he was hired full-time by SOS BC.

William likes travelling – his last adventure was six months living abroad in London and exploring different areas of the United Kingdom, Iceland, Belgium, and the Netherlands. He has been to Santa Monica, one of his favourite places, multiple times. William was thrilled to become a first time homebuyer in 2016, something he never imagined he would be able to do in Metro Vancouver!

William has a passion for hiking, video gaming, web surfing, rollerblading, Netflix, and going to the movie theatre. William resides in Coquitlam and supports progressive issues. He has fish as pets. He was excited to make the switch from gas to electric with the purchase of a Nissan Leaf in early 2019.

Why I love my job: “Having a stable and supportive family is so important in shaping a child’s happiness and future, and being part of a charity that recreates this dynamic through the Village model for foster children is a great privilege. Having grown up in North Vancouver and lived in the region my whole life, it’s exciting to be part of the only SOS Children’s Village in Canada – B.C. always blazes its own path.”

Before you go, would you join the 5,200 supporters and counting subscribed to the SOS Children's Village BC e-newsletter?